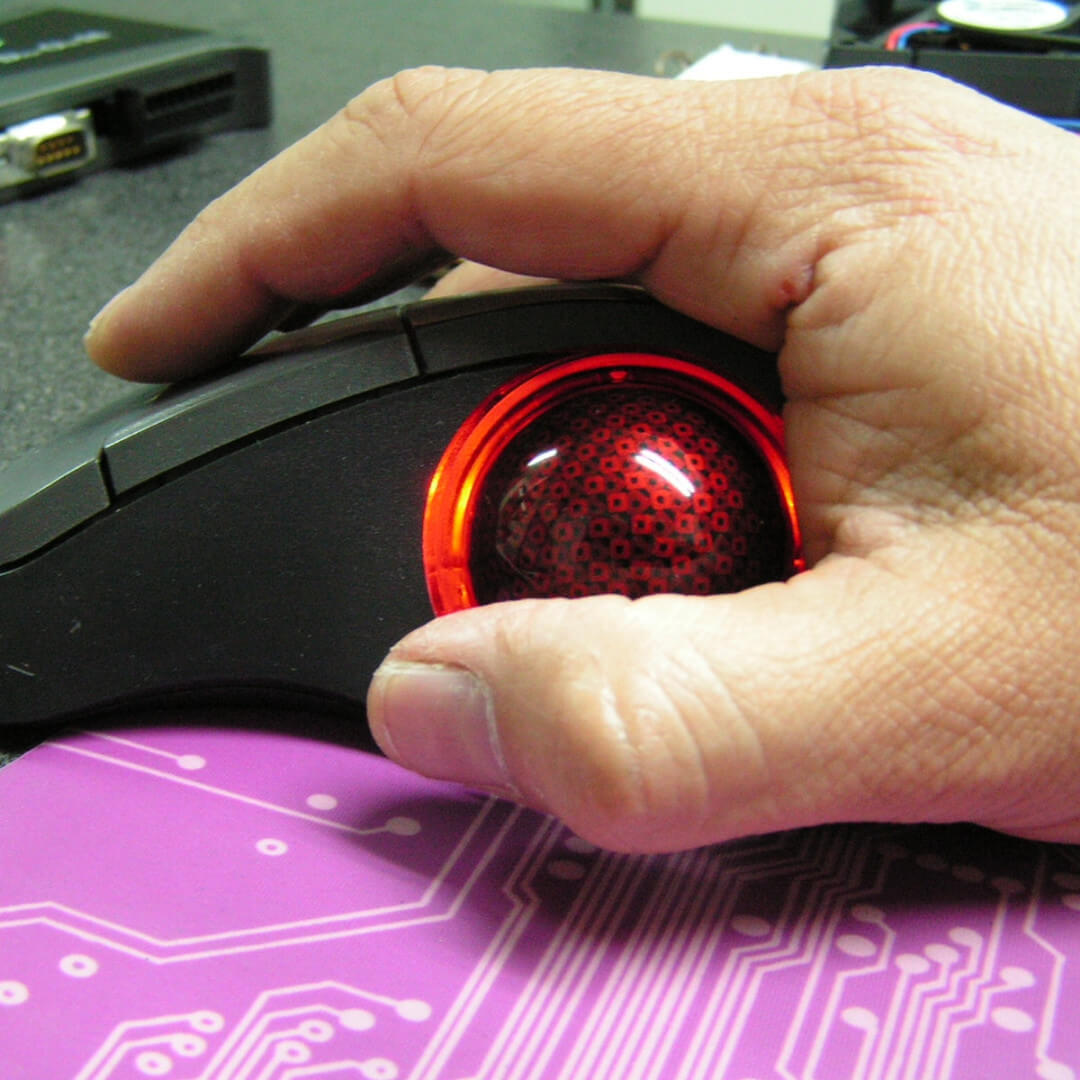 Top 10 Technologies For People With Disabilities

Screen readers are software programs available to those who are blind or visually impaired. They make it possible to read text or understand the imagery displayed on a screen through either an audible response or by displaying the text in braille. A synthetic voice often translates what is on the screen by reading the original text or reading the alt text of images, charts, graphics, and more. Screen readers make it possible for blind or visually impaired persons to operate a computer and utilize today’s technology.

Simply put, screen magnification software exists to enlarge the text, images, and graphics on a user’s screen. This software works as you work. As you navigate on the screen, the screen magnification software moves with you, enlarging what is being worked on to help those who may not be able to see the smaller text. Another advantage of this software is that it can enlarge the cursor to ensure the user doesn’t experience any difficulty operating their computer. Because vision differs from person to person, this software allows for customization, making it exactly what the user needs.

A footmouse is a type of computer mouse that, as the name says, is operated by the foot. It provides a user who has lower mobility in their hands or wrists the ability to use a computer. In addition to providing accessible use to a person with disabilities, the footmouse also increases one’s efficiency by limiting the back-and-forth motion from the mouse to the keyboard.

Adaptive switches make it possible for people with limited mobility to operate different technologies. Rather than the person with disabilities having to perform a complex task, they can press a button on the adaptive switch that completes the same action. There are several different kinds of adaptive switches. The correct type of switch is chosen based on the task the user plans to complete using the adaptive switch. Therefore, when purchasing one, it is best to have a specific use in mind.

These are only a few examples. There are many different kinds of alternative keyboards depending on the need.

A trackball serves the same purpose as a mouse. Rather than moving the entire mouse around to move the cursor, a trackball moves in any direction to complete the same task. Trackballs, similar to most of the technologies discussed thus far, are used by people who have limited mobility in their hands and wrists.

Braille embossers are printers that print documents using braille for people who are blind or visually impaired. The devices easily connect to one’s computer to produce printed material in braille. Instead of using ink, braille embossers create raised dots on the paper to make documents accessible to all.

A refreshable braille display connects to your computer and works as you work. It provides braille output for people who are blind or visually impaired. As the user moves the mouse along the screen, the display refreshes with the most current information, allowing the users to consume everything on the computer at any given time.

Text-to-speech software. This software exists to help users who have difficulty reading, whether it be because of blindness or visual impairment or a disability such as dyslexia. The software processes the text and then reads it to the user in a synthesized voice.

Assistive listening systems are another assistive technology that aid in helping those who are hard of hearing or deaf. They are used to enhance the abilities provided by a hearing aid. Often, these systems are used by students who need assistance when listening to their lectures at school. The device captures the sound around the user and brings it to their ears, better allowing them to hear what is going on around them.

The ADA prohibits any private businesses that provide goods or services to the public, referred to as “public accommodations,” from discriminating against those with disabilities. Federal courts have ruled that the ADA includes websites in the definition of public accommodation. As such, websites must offer auxiliary aids and services to low-vision, hearing-impaired, and physically disabled persons, in the same way a business facility must offer wheelchair ramps, braille signage, and sign language interpreters, among other forms of assistance.

All websites must be properly coded for use by electronic screen readers that read aloud to sight-impaired users the visual elements of a webpage. Additionally, all live and pre-recorded audio content must have synchronous captioning for hearing-impaired users.

Websites must accommodate hundreds of keyboard combinations, such as Ctrl + P to print, that people with disabilities depend on to navigate the Internet.

Litigation continues to increase substantially. All business and governmental entities are potential targets for lawsuits and demand letters. Recent actions by the Department of Justice targeting businesses with inaccessible websites will likely create a dramatic increase of litigation risk.

Big box retailer Target Corp. was ordered to pay $6 million – plus $3.7 million more in legal costs – to settle a landmark class action suit brought by the National Federation of the Blind. Other recent defendants in these cases have included McDonald’s, Carnival Cruise Lines, Netflix, Harvard University, Foot Locker, and the National Basketball Association (NBA). Along with these large companies, thousands of small businesses have been subject to ADA website litigation.

Defendants in ADA lawsuits typically pay plaintiff's legal fees, their own legal fees for defending the litigation, and potential additional costs. In all, the average cost can range from tens of thousands of dollars, to above six figures. There are also high intangible costs, such as added stress, time and human capital, as well as reputational damage. Furthermore, if the remediation is incomplete, copycat suits and serial filers can follow, meaning double or triple the outlay. It's vital to implement a long-term strategy for ensuring your website is accessible and legally compliant.